Welcome to my virtual portafolio! My name is Arthur Desmarteaux and I am a passionate multidisciplinary artist based in Montréal, Canada. I am mostly involved in visual arts and new media spheres. I have been creating and exhibiting my artworks internationally during the last fifteen years. I am a proficient printmaker and have been using several printing techniques within tridimensional multimedia installations involving current technologies such as multichannel sound, laser cutting and video mapping. I regularly collaborate with interdisciplinary artist Allison Moore in creating large scale photomontages and stage performances. I am an alumnus from Concordia University Master of Fine Art program from which I graduated in 2017 and studied in undergraduate level at University of Québec in Montréal.

I am also a puppeteer and have produced several plays with Allison Moore which were presented at festivals such as Phenomena, Casteliers and Montreal Fringe. I am the codirector of Egotrip Productions, a digital arts company I founded with her in 2010. Our company is a member of UNIMA, International Union of Puppetry and AQM, Québec’s Association of Puppeteers.

My artworks are mostly inspired by free or new figuration artistic movement which followed modernism. The lowbrow esthetic of my openly narrative prints and paintings derives from vintage video games, animated short films, independent graphic novels, theatre plays, caricature, street art and popular culture. I aim to provide moments of joy and contemplation to the general public through my surrealistic artworks which are often replete with intricate details and characters painted with vivid pigments. I develop personal mythologies imbued with a sense of sarcastic humor. I particularly inspired by the artworks of Niki de Saint-Phalle, Jean Dubuffet, Ben Vautier, Jan Svankmajer, Alejandro Jodorowsky and Robert Combas, for example. I am using various mediums and techniques such as acrylic painting, watercolor, stained glass and ceramic. I am interested in creating murals and public art pieces such as the large mosaic I designed with Allison Moore for Pointe-aux-Trembles Library in Eastern Montreal, titled “The Great Gathering”.

The large-scale photomontages I create with Allison Moore are assembled from collected images found on Internet, our own digitally cut out photographs, advertisements and mass media publications. These cut-out images are therefore a twisted reflection of our current sociopolitical climate and act as a cultural magnifying glass emphasizing the struggles faced by our societies at the roots of the Anthropocene. These lively photomontages printed with ink jet are made in turns and the rule is not to erase the collaborator’s added cut-out images while still being able to scale, move and modify them. The concept is slightly borrowed from the Surrealist game “Cadavre Exquis”. We have been producing this series of prints since 2007 and have most recently created the dystopian polyptych Visions of the Future which was exhibited at Galerie Outremont in Montreal during Spring 2015. A review of this exhibition was published within Espace magazine (Link here).

Thanks to a digital arts grant from Québec Council of the Arts, I am currently developing a piece in virtual reality with Allison Moore. I am also producing a new shadow play titled “Macroscopic Harmonies” which will debut at the next edition of Casteliers Festival at Oboro center in Montreal on March 4th, 5th and 6th 2021. This project is funded by Montreal Council of the Arts and will evoke the theories of the new music the spheres as well as recent astronomical discoveries through an immersive audiovisual experience.

Thank you for your interest in my evolving art practice. If you wish to purchase a print or a drawing, please contact me so we can arrange the payment and shipment. It is always a pleasure to share my discoveries and passion for the arts. 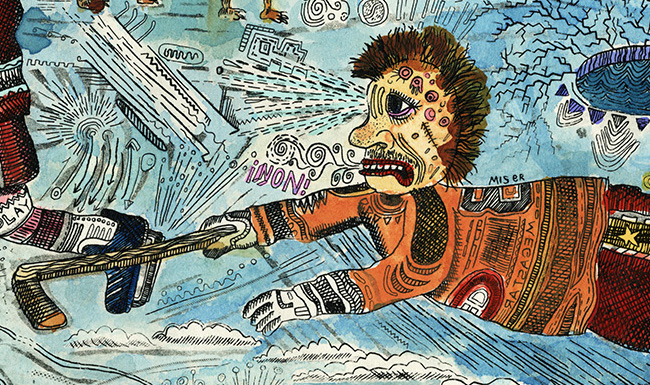 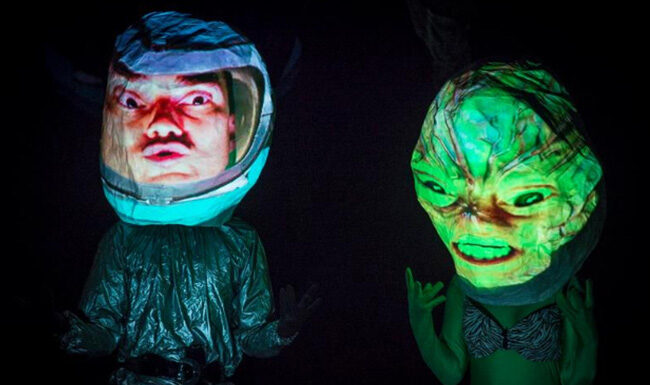 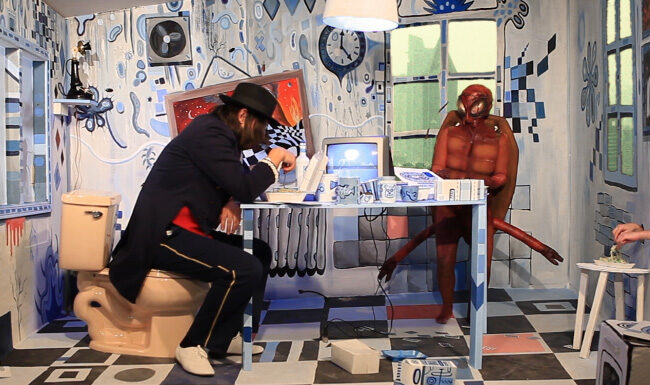 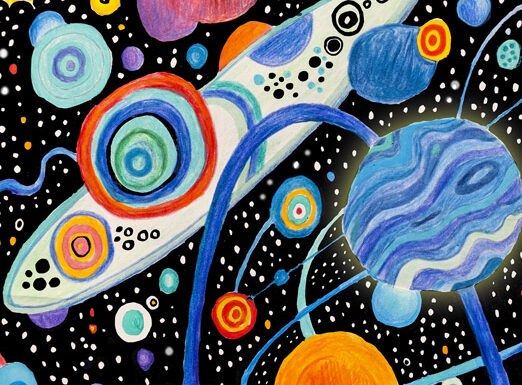 An expanded cinema experience which was programmed during Casteliers Festival 2021 in early March 2021. The shows were unfortunately cancelled due to the ongoing pandemic.

I am creating an original shadow play inspired by new theories of the music of the spheres as well as recent astronomical discoveries. I will therefore evoke scientific themes within an essentially artistic project which we invite us to stargaze. I make use of printing techniques and video mapping techonology to create an immersive experience. The set will be moving around in space and most of the light sources will be video projections. This porosity and hybridity between contemporary art, electroacoustic music and astronomy will lead to innovative research in puppetry. The project was first developped in collaboration with Allison Moore during a research creation resiency at Oboro artist-run center during mid December 2020 and in March 2021. This project is supported by a production grant from Montreal Council of the Arts. Here you can view a video documentation produced during Casteliers Festival. 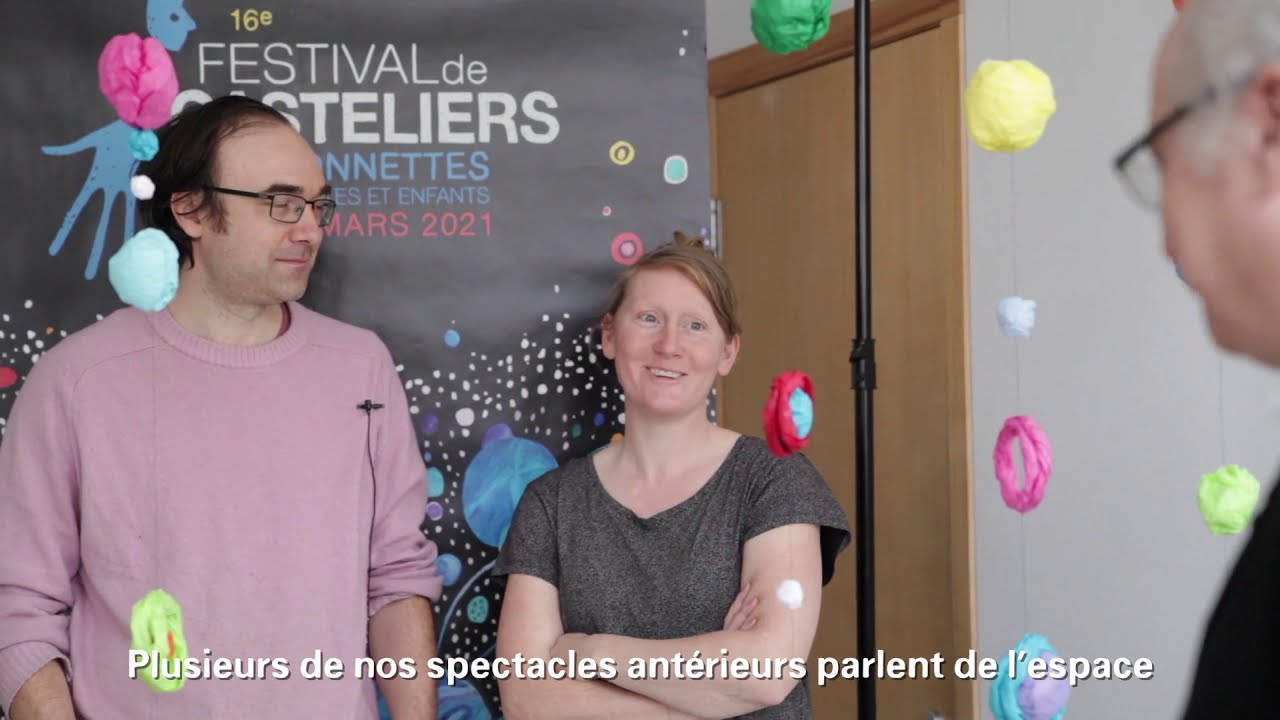